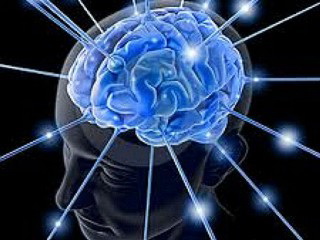 These tips and mental exercises can keep your brain sharp.

Like your muscles, your brain needs regular workouts to stay healthy and fit as you age. Why? Just as we lose some muscle as we get older, our brains can atrophy, too. More specifically, your brain's "cognitive reserve"— or its ability to withstand neurological damage due to aging and other factors without showing visible signs of slowing or memory loss — diminishes through the years. That can make it more difficult to perform mental tasks. But, just as weight workouts add lean muscle to your body and help you retain more muscle in your later years, researchers now believe that following a brain-healthy lifestyle and performing regular, targeted brain exercises can also increase your brain's cognitive reserve.

Putting Brainpower "In the Bank" The bigger your brain's cognitive reserve, the more "backup" brainpower you possess. This reserve can protect your memory and perhaps even delay or prevent the visible symptoms of age-related neurological changes, including the damage caused by Alzheimer's disease. In fact, in a study of retired Catholic nuns, autopsies revealed Alzheimer's lesions in the brains of some 80- to 90-year-old nuns even though they did not exhibit symptoms prior to their deaths. "Leading a life of meditation and continued studying, eating a low-fat diet, and having strong social ties with other nuns created a life that increased their cognitive reserve," says Robert Bender, MD, medical director of the Johnny Orr Memory Center and Healthy Aging Institute in Des Moines, Iowa. "This enabled them to function very well despite the clinical evidence of Alzheimer's disease."

Regaining Lost Brain Activity — Even in Alzheimer's Patients In addition to helping you retain strong cognitive abilities as you age, new research suggests that making lifestyle changes and challenging your brain can also help regain lost brainpower. Physicians had previously believed that such loss was irreversible. In a six-month study, Dr. Bender and other researchers found that Alzheimer's patients recovered a significant amount of brain activity after undergoing a program involving drug therapy, physical exercise, low-fat diet instruction, cognitive training, socialization, and meditation. "We now know the brain is plastic, or resilient enough that we can actually make ourselves smarter," says Bender. "Even in cases of Alzheimer's disease, some normal brain cells remain, and research suggests they can be stimulated to create new connections."

The Healthy Brain: A Multifaceted Approach Researchers believe that the most effective plan to increase your cognitive reserve is to stimulate your brain in several ways. That includes diet, exercise, and lifestyle factors, as well as the daily flexing of your brain's neurons.

"Approaches to brain health include a well-balanced diet low in fat, low in cholesterol, and high in antioxidants," says Bender. In addition to good nutrition, regular exercise can promote vascular health to help protect brain tissue. And avoiding ruts and boredom is also critical. "The brain wants to learn new things," says Bender, noting that some researchers believe that people are more vulnerable to dementia when they pay less attention to the things around them. "When the brain is passive, it has a tendency to atrophy," he adds. For this reason, sedentary and relatively passive activities, like sitting in front of a TV for hours a day, can be detrimental to brain health over time.

11 Brain Exercises That Work Exercises to strengthen brain function should offer novelty and challenge — and they can be fun. "Almost any silly suggestion can work," says David Eagleman, PhD, neuroscientist and assistant professor at Baylor College of Medicine in Houston, Texas. "Drive home via a different route; brush your teeth with your opposite hand. The brain works through associations [which is why it's easier to memorize lyrics to a song than it is to try and remember the same words without music], so the more senses you involve the better."

Your morning newspaper is a great place to start. "Simple games like Sudoku and word games are good, as well as comic strips where you find things that are different from one picture to the next," says John E. Morley, MD, director of St. Louis University's Division of Geriatric Medicine and author of The Science of Staying Young. In addition to word games, Dr. Morley recommends the following exercises to sharpen your mental skills:

Soon people will realize that they can take steps to keep their brains healthy, just as they know they can prevent heart disease by taking certain actions, says Bender. "In the coming decade, I predict brain wellness to be right up there with heart health — now that there's proof that living a brain-healthy lifestyle works!"