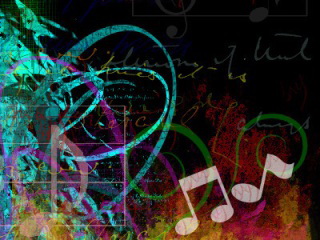 Are children born with an appreciation for music and the ability to demonstrate it? Or do they develop musical ability through early exposure and structured practice? The answer is both, according to Dianna Richardson, graduate of the Juilliard School ...

Are children born with an appreciation for music and the ability to demonstrate it? Or do they develop musical ability through early exposure and structured practice? The answer is both, according to Dianna Richardson, graduate of the Juilliard School and the Cleveland Institute of Music. Richardson, who is an artist-in-residence at the Cleveland School of the Arts and a youth instructor at Baldwin-Wallace College, claims that many of her inner-city high school students possess “raw talent.” They have a keen ear for music, can play demonstrated or familiar pieces beautifully, have an extraordinary sense of rhythm, and are well synchronized with their peers when playing their instruments. Most of them, however, lack formal music instruction and cannot read sheet music. In contrast, Richardson’s college students, who have benefited from early structured lessons in reading and understanding music, can play most sheet music with impressive precision but are not as adept at playing together as a group.

The Association for Supervision and Curriculum Development reports that children who are musically gifted show early developmental signs of musical precocity, which may include noticing off-key music, remembering melodies, singing in tune, fondness for playing instruments in preschool, rhythmic ways of moving and speaking, humming to themselves, tapping rhythmically while working, and sensitivity to environmental sounds (waterfalls, rain on the roof, etc.). Researchers recognize such indicators of precocious musical talent as an innate ability to identify pitch (i.e., to imitate pitch with precision), precise rhythmic ability, intense interest in a variety of music, and an ability to learn and express music through rote methods (recognition and imitation). Richardson says that such students in the inner city, where resources may not be readily available, are often identified in religious organizations, where they participate regularly in choirs and are encouraged to express themselves musically.

Although early intervention and instruction are not necessary for developing musical talent, they appear to be significant factors in determining a child’s full realization of a musical gift. Research on child prodigies indicates that exceptional musical abilities are often acquired through optimal environmental conditions. Important contributing factors include self-motivation; extensive support from family members, mentors, and teachers; appropriate resources (instruments, lessons, and exposure to musical activities); and rigorous practice. Parents can facilitate musical development in their children by recognizing how and when to encourage and reinforce skills and concepts that are already developing naturally.

Learning music is much like learning language, because there is a natural progression in development. For example, exposing children from birth to a variety of music in a broad range of tones and pitches will help them acquire the ability to distinguish differences in music, much as infants acquire the ability to distinguish their parents’ native language (dialect) from a foreign language. Then, during ages three to five, when children are developing better smooth-muscle coordination and a sense of rhythm, they should be encouraged to sing along to music and engage in rhythmic activities, such as clapping, swinging, dancing, tapping, marching, and using nonmelodic instruments (rhythm sticks, cymbals, etc.). As the ability to recognize and imitate rhythm develops, during ages four to five, children should be encouraged to accompany singing with melodic instruments (xylophone, autoharp, resonator bells, etc.). Although certain stages in child development are considered sensitive for developing specific musical and spatial abilities, no one blueprint will help your child become a master musician.