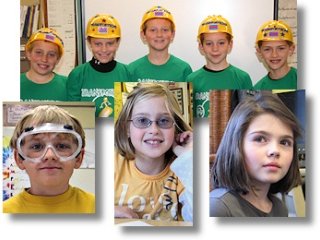 No educational provision for the gifted and talented works in a cultural vacuum. This survey provides a unique view of the ways in which out-of-school education can be affected by both cultural assumptions and standards of basic education.

The overall picture is complex. There is evidence that excellence can come from widely differing special provision, or even from no extra provision at all. Although there are no programmes for the gifted and talented across Scandinavia and in Japan, for example, bright children’s achievements there are often superior to those of the countries which do have such programmes. China, a relatively poor country, provides widespread non-selective enrichment via its Children’s Palaces, and the results appear to be excellent. In both New Zealand and Israel, the governments provide generously, often using self-selection. Germany has inspiring competitions with desirable prizes, funded partly Federally and partly privately. Brazilian help goes to finding seriously deprived potentially talented children. The vast American Talent Searches usually select youngsters for summer-schools, not only by their already demonstrated high- level achievements, but also by their parents’ ability to pay the sometimes very high fees.

Some of the largest and most influential American institutions were founded on the psychological understanding of human abilities that was current in the 1920s. These early influences still affect practice, in the sense that abilities are seen as sufficiently measurable to use precise cut-off points for selection.

To show the context in which these facilities carry out their work today, their development within national legislation is described. Yet whatever the size and influence of centres anywhere, there is always overlap between in-school and out-of-school activities. For all styles of provision, cooperation with school is a vital aspect of success. This is as true for what is based in the classroom and spreads to out-of-school, as what is started outside and finds its way into the school. Familes too are part of a successful partnership.

In the East, for example, widespread Chinese self-selection for extra enrichment assumes that children’s interests, allied with opportunities, will give them the possibility to excel. In Japan, all young children are seen as similar in potential, with hard work making the essential difference to their achievement. In the West, however, Talent Searches assume that only a tiny proportion of children are innately more able than others and so can be diagnosed and treated separately.

In spite of considerable searching of the literature, I have not yet found a single scientific comparison, either cross-culturally or within one country, between any one aspect of an out-of-school programme for the gifted and talented and another. As a result, it is hard to say what type of provision would be the most appropriate and effective in any given situation. Although the varied approaches can be compared in terms of international competitions and comparisons, or of national scientific advances and economic success, it is not possible to conduct a controlled experiment as to the relative value of each type of provision within the setting of each culture. Because of this gap in knowledge, it does not seem wise to copy action directly from one culture to another without recognising inevitable differences in background and outlook, and adapting it to local conditions. Outcomes are also dependent on the enthusiasm, organisation and money put into the schemes.

It is not surprising that carefully selected, bright, keen children learn more from special enrichment than those who have not experienced it. In fact, it would be strange if they did not benefit. Hence, direct comparison between the achievements of the youngsters who have and those who have not attended a particular scheme does not necessarily tell us that it provided the best possible method for enhancing gifts and talents. Additionally, because there are unavoidable errors and biases in all selection, the way in which youngsters are chosen for activities must have built-in flexibility.

The growing trend around the world is to offer as many youngsters as possible access to very high-level opportunities, so that no keen learner is turned away without even a chance of sampling the provision. Some of the most exciting extra-school programmes, such as the American Renaissance Quest Camps are designed for the whole family, rather than specifically for the gifted and talented, but still provide the educational means and support to take interests to any height.