How to Stop Sibling Squabbles 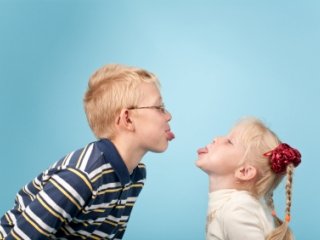 Some days it’s easy for a parent to feel like a referee in a boxing ring. From which television program to watch to who is touching who in the car, it seems like there is an endless stream of things your kids can fight about. Sibling rivalry can be intense, it can be annoying, but most importantly, no matter what your children's ages, it will exist.

And although this nugget of knowledge will likely provide little comfort when you are breaking up the umpteenth battle over who gets to ride on the tire swing first, your children’s behavior is perfectly normal. In fact, as children learn to resolve their quarrels, they are gaining two important life skills – cooperation and compromise.

But in the interest of day-to-day harmony, here’s how to keep the peace:

At a time when your kids aren’t fighting – say, at dinner or during a family meeting – discuss what types of behavior you expect from them. Then reiterate those rules when a conflict arises. Most preschoolers know that they aren’t supposed to hit, but in the heat of the moment it’s easy for emotions to take over. Validate how your child is feeling by saying, “I know you are upset that Molly knocked over your tower but we use our words in this house, not our hands.”

Remove Them From the Situation

Even if they are fighting, chances are your kids are enjoying each other's company. Use that as your motivation, saying, “If you two can’t get along, I’m going to have to separate you.” In the end they’ll most likely behave because they want to stay together.

Don’t Take the Easy Way Out

Don't give in to a child who is throwing a tantrum for the sake of keeping the peace. Unless you were in the room when the conflict arose, you won’t know who started it. Listen fairly to both sides.

If the kids are fighting over something that is of particular importance to one sibling, encourage sharing, but don’t require it. Discuss the benefits of sharing and why it is important, but let kids make their own decisions.

Help Kids Have Me Time

Even kids as young as 3 need time on their own to decompress. Designate a spot in the house that is strictly theirs – whether it is their room or a spot in a shared bedroom. Keep special, personal items away from shared ones.

Don’t Always Rush to Get Involved

As long as the situation is non-violent, sometimes it’s better if you take a step back and let the kids work out the problem on their own. A non-involvement strategy on your part will help kids develop important conflict resolution skills that they’ll need as they get older.

Let Them Be Angry

If a child is upset with a sibling for whatever reason, don't discourage it. Acknowledge his frustration. By giving him an outlet, he’ll learn how to verbalize his angry feelings instead of acting on them.

One of the easiest ways to promote a strong relationship between your kids is to praise them when they are getting along or being nice to one another. They're more likely to act that way again because now they are getting positive attention from you – and enjoying time spent with their sibling.