The Effects of Peers on Child Development 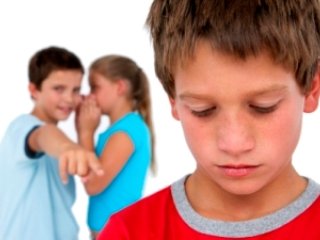 From an early age kids begin affecting each other's development socially and emotionally. According to Dale Hay, beginning at 6 months of age babies may begin interacting with each other through sounds and touch. As soon as your children are introduced to other children, they begin to form behaviors in order to mimic the children that they frequently spend time with. Though this is a form of learning, it has its positive and negative effects. It's important to monitor your child's behavior at any age with other children, though the early years may be some of the most important as this is when social behaviors and norms are first instilled.

A child's home life can also affect the development of that child's peers. Because kids of all ages tend to mimic one another in their actions, what a child learns at home can be brought into a peer social situation such as school. For example, a child who comes from an abusive home might tend to bring violent or aggressive behavior into situations with peers. This can cause the peers to develop similar behaviors.

From an early age, children begin making groups of friends. Through this group of friends, there are roles that are established within the group. The more dominant members of the group sometimes unknowingly establish the group norms such as what clothing is acceptable. Students also pick up personal interests such as music choice, or sports preferences from exposure to friends that they may have otherwise never considered.

Peer pressure has an obvious effect on children and teens. Peer pressure can largely affect the development of a child's self-esteem. Some children are naturally more outgoing and display leadership skills. It's usually these types of children that have the most influence over the others. When the leaders of a children's group are partaking in negative behavior such as swearing, then the other children are more likely to speak this way in order to impress their friends. Children and adolescents alike persuade their peers to get involved in a variety of activities, and when these activities have negative consequences, peer pressure has a negative impact